In 2015 the German-based singer and songwriter Lidia Valenta formed The Lidia Valenta Band along with jazz-pianist and Hammond organist Jo Aldinger, drummer Tim Hahn and double bass player Clemens Voyé. Few musical groups are able to successfully combine the influences of jazz, pop, ballads and global acoustic music, but The Lidia Valenta Band has accomplished this. The band is characterized by each member’s special national origin and their unique skills. But above all, the musicians play from the heart and the soul. The Lidia Valenta Band performs at prestigious international venues, plays solo concerts as well as at festivals with various programs such as “Change of Scene”, “Weihnachten”, “Love”, and others. Lidia’s crystal clear, distinct and easily-recognizable voice has an intimate quality. The velvet tones of her voice evoke a calm, yet passionate strength, and conveys powerful feelings in a quiet manner, giving impulses to the musical score, inter alia to the virtuoso improvisations of the pianist Jo Aldinger, as well as the impressive bass passages of Clemens Voyé and the masterly performed sound of drummer Tim Hahn. This band is always on the move, exploring new art forms, blending genres and pursuing new projects with an original flare. From the moment of inception, all songs and arrangements sound soft and never overloaded. They emit power yet sensitivity. Lidia and her musicians create a musical and cultural connection between the worlds.

Lidia Valenta | vocals
Her voice was admired by Sir Peter Ustinov. Lidia Valenta is a German singer, songwriter and musician of Russian birth. Music critics and producers note her charismatic appearance and the unique Slavic color of her voice. She was born in Brest, Soviet Union (now Belarus), and grew up in Czechoslovakia and Russia. At the age of six she began to study piano and vocals. Soon after, she won the Young Composers Competition in Prague. At the age of eight, she began to sing in choirs in Prague and later in Kaliningrad. She studied the humanities at Immanuel Kant Baltic Federal University. Later she studied applied linguistics at the Faculty of Philosophy at the Technical University of Dresden. She also studied vocals at the Lidia Nebaba Theater of Russian Art Song in Kaliningrad and Moscow. Now she lives in Dresden. She travels extensively as a successful professional singer and songwriter, playing major concert halls in many cities, including Rome, Zurich, Berlin, Moscow, and making appearances on TV and radio. Lidia performs and works with different international singers, musicians and poets such as Lidia Nebaba, Biser Kirov, Tino Eisbrenner, Rüdiger Krause, and Vladimir Isaichev. She writes most of her own songs, but she also draws inspiration from Russian, German, British, and American poetry.

Jo Aldinger | piano
Born in Stuttgart and now living in Dresden, the jazz-pianist, hammond-organist and composer Jo Aldinger performs not only with his own trio, Downbeatclub, but also works with various other bands, such as The Lidia Valenta Band. Concert tours lead him abroad to many cities, including Paris, Moscow, London and Mexico City. Jo Aldinger has produced several musical pieces for the public German broadcaster, MDR. As of 2004, he is a teacher of piano and musical theory at the Carl Maria von Weber University of Music in Dresden. His playing shows the influences from his studies at Berkeley College in Boston, the Folkwang Hochschule in Essen, as well as the University of Music in Dresden. A keen sense of structure and an exceptional feeling for melody characterize this autonomous and innovative musical aesthete.

Clemens Voyé | bass
Clemens Voyé studied double bass and bass guitar at Dresden’s University of Music in the Jazz/Rock/Pop program. His musical career began at the age of seven. Piano was his first instrument, followed by bass guitar at age 12 and double bass at 18. He was on stage for the first time at age 12. Clemens also works as a theater and studio musician for various artists such as Megaloh, Ghanian Stallion, Martin Goldenbaum, and others at the Theater Junge Generation Dresden, Boulevard Theater Dresden and the Tom-Pauls-Theater. You can find his unique musical style on more than 20 productions. Currently, he plays bass for Yellow Cap, BumBatz, Ansa Sauermann and the Lidia Valenta Band and Alphonzo. Concert tours have taken him through 14 different countries in Europe, Latin America and Russia.


Tim Hahn | drums
Tim Hahn is a double award winner of the Universal Prize, “Echo”, and a Grammy nominated drummer. He began to study drums at the Conservatory of Cottbus at age 9. Then he was awarded a grant for gifted students, and at the age of 16 he began to study at the Carl Maria von Weber University of Music in Dresden and later in Rotterdam. He played jazz passionately but was looking for new ways to make full use of the instrument. His professional career began at age 19 when he formed his first rock band, MERQURY. Later, he took master classes at the Drummers Collective in New York and at the Musician’s Institute in Los Angeles. This inspired him to form The European Jazz Collective. The gifted musician worked together with many well-known artists, such as Andrea Bocelli, Jose Carreras, Edson Cordeiro and Till Brönner. He tours throughout Europe, America and Asia, playing with Barbara Dennerlein, James Morrison, Swingle Singers, Tony Martinez, Robby Lakatos, Jocelyn B. Smith, Richie Beirach, Jaques Loussier, Klaus Doldinger, Lou Bega, Dick de Graaf, and Klaus Ignatzek. He is successfully involved in such groups as Klazz Brothers, Trinity of Queen, and the Lidia Valenta Band. 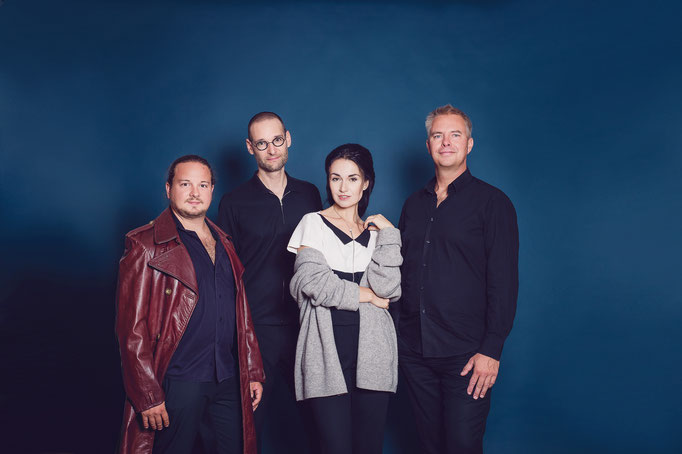 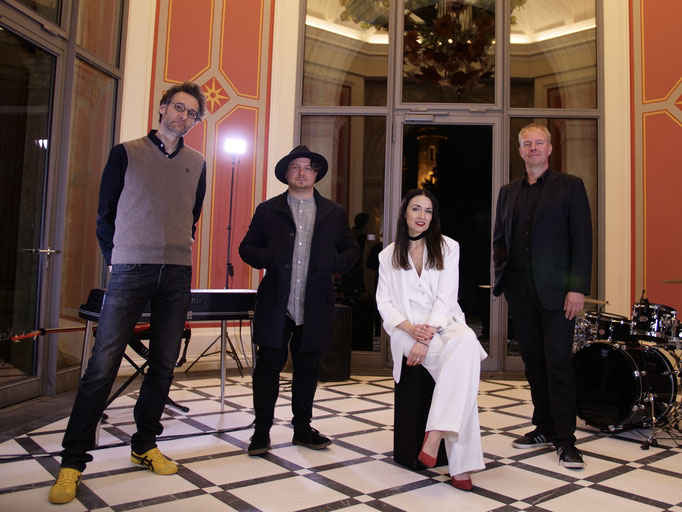 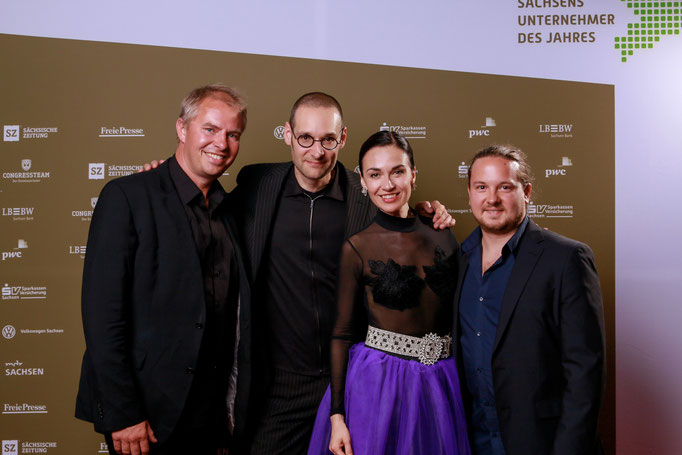 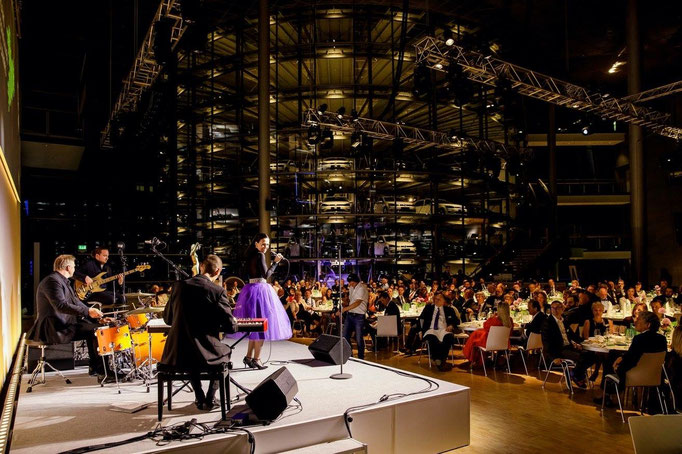 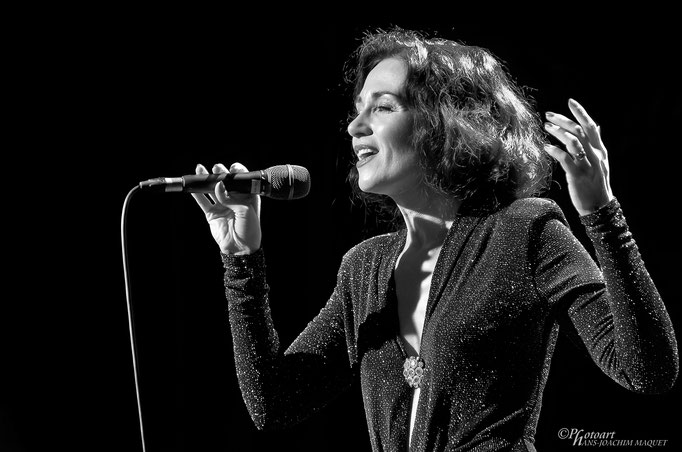 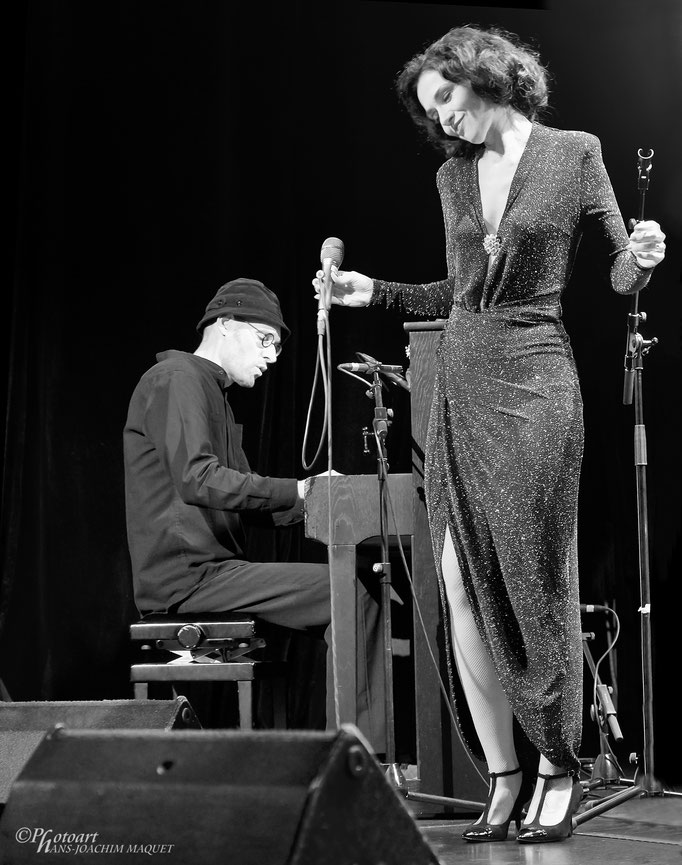 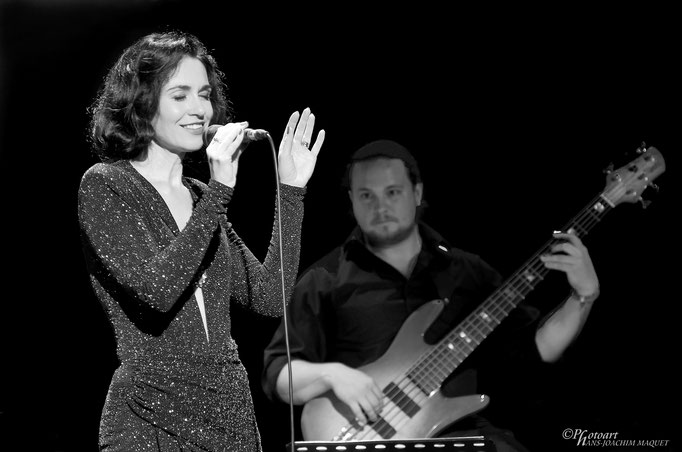 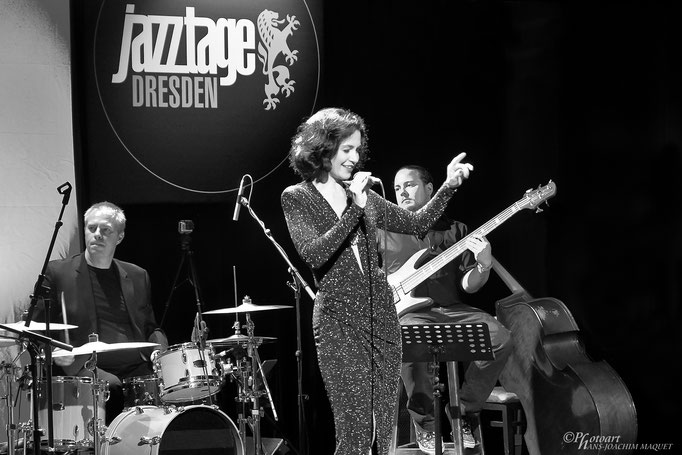 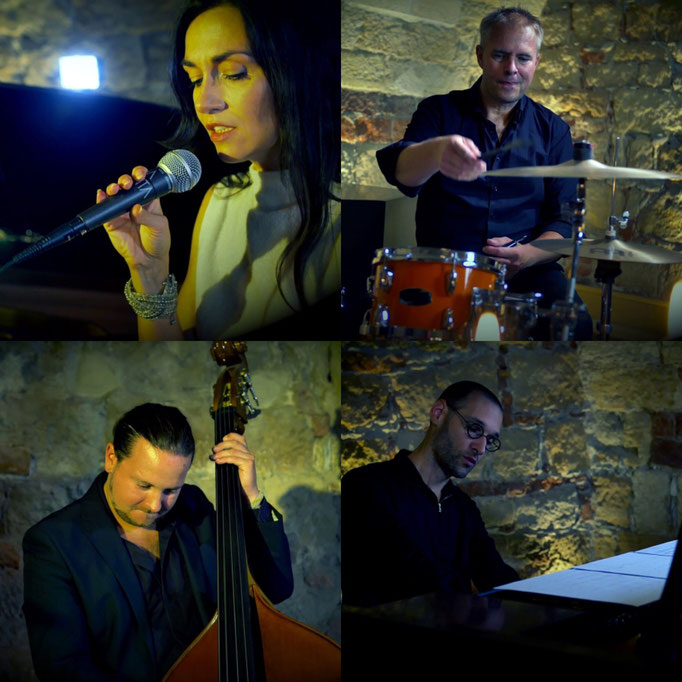 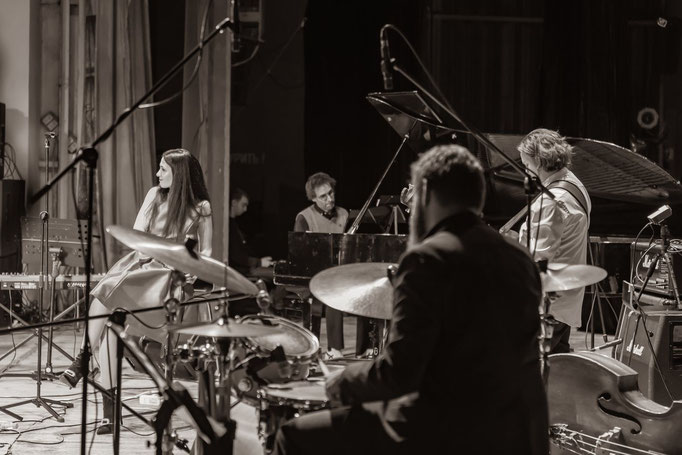 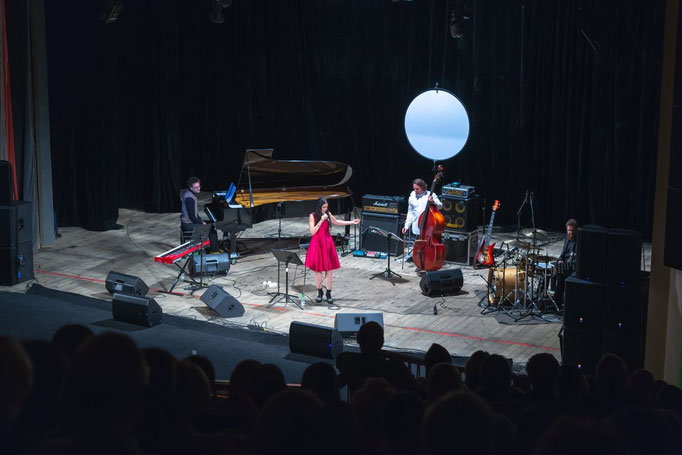 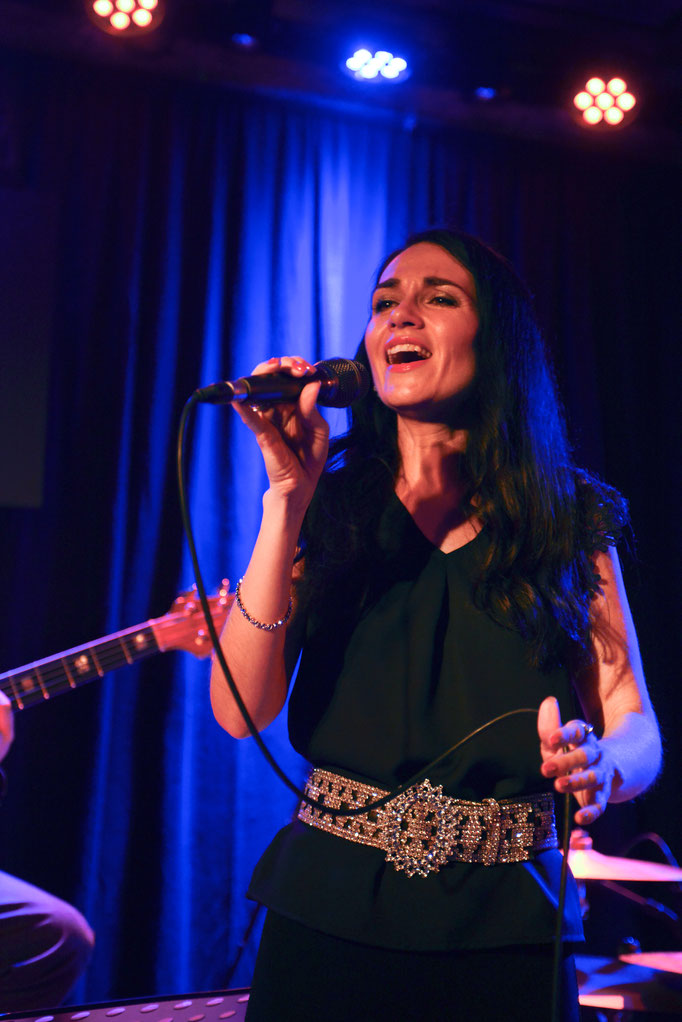 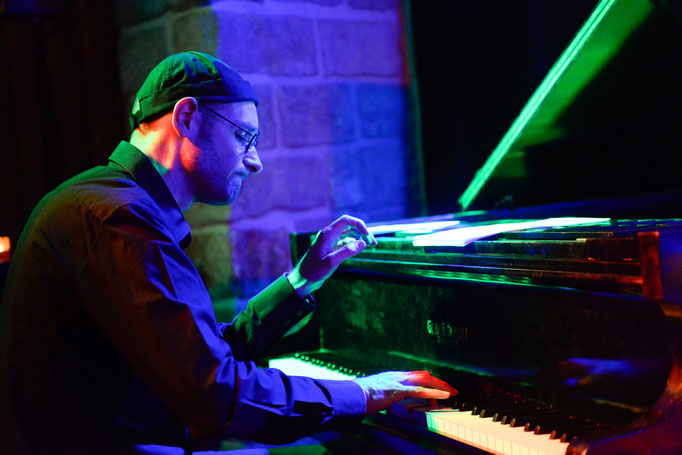 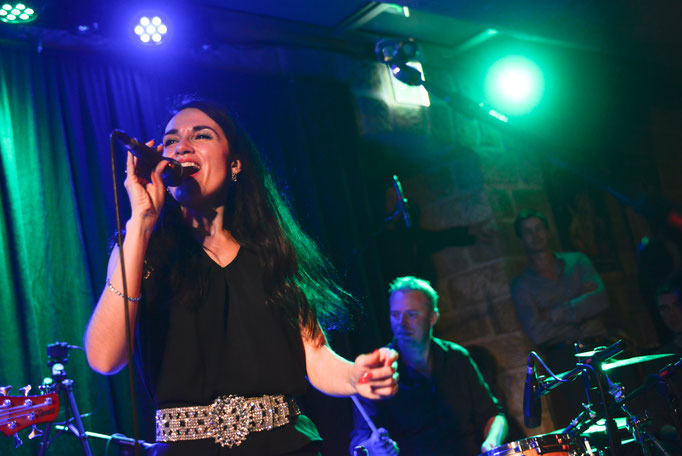 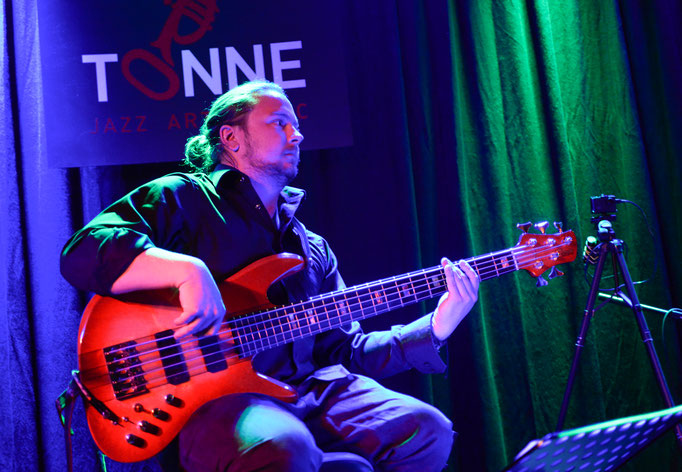 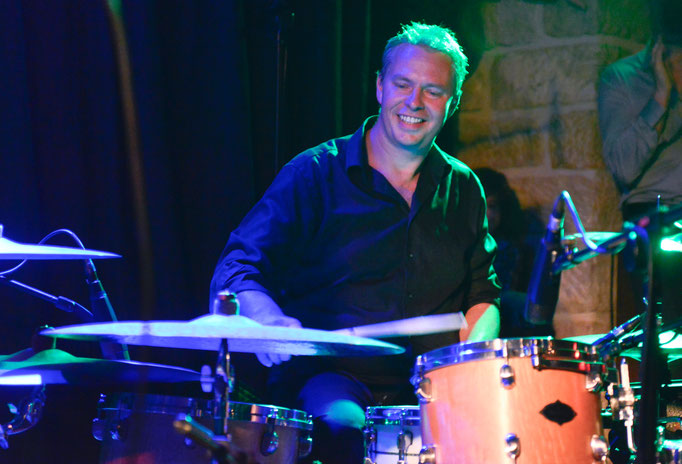